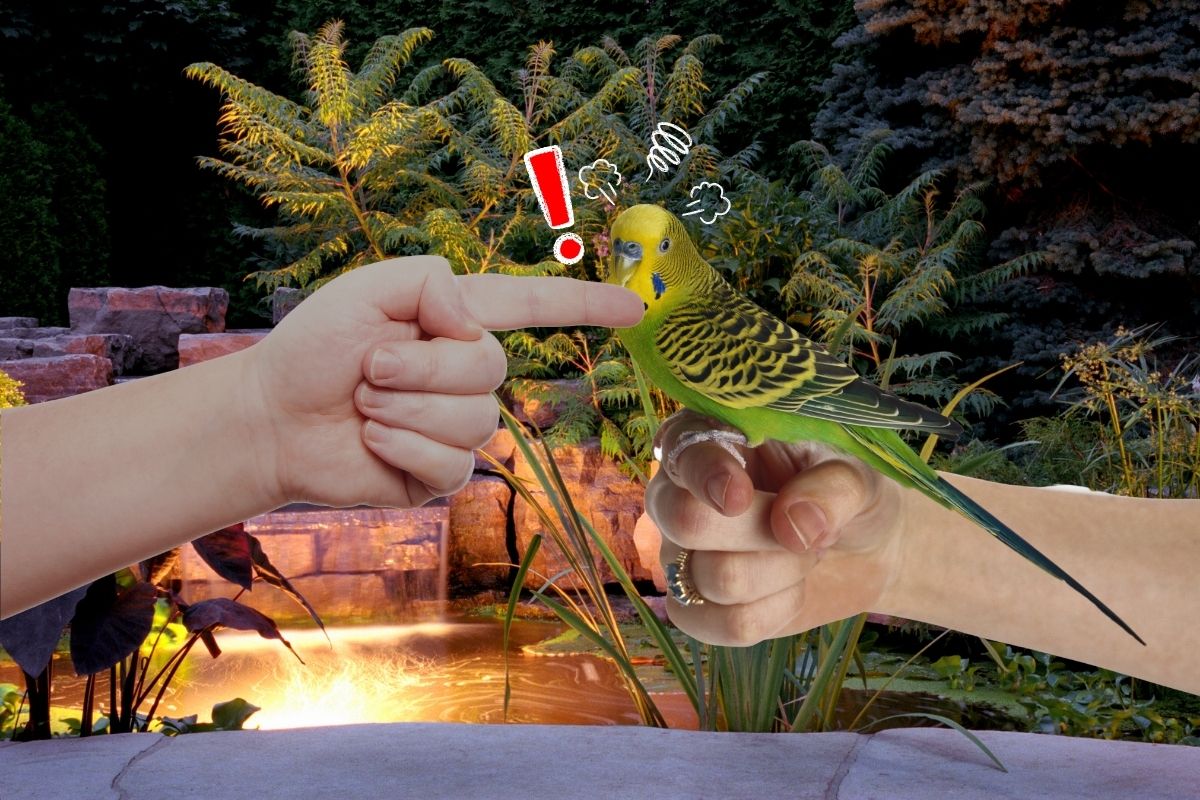 Parakeets are cute pet birds that are often kept as pets. There are known to be fairly docile and friendly in nature. However, like all other animals, bites may happen, be it on purpose or accidental.

Have you ever been bitten by a parakeet before? Well, in this article, we will find out if parakeets tend to bite people, what makes them bite, how painful their bite is and how to prevent further bites.

How Painful is a Parakeet’s Bite

At most, a typical parakeet’s bite feels like a sharp pinch. Although it is an undesirable behavior, it is rarely powerful enough to break the skin. This is because a parakeet is considered as a smaller sized bird, and does not have strong beaks.

The bite however may come as a shock due to the sudden nature of it. If you are handling your bird, this shock may lead you to jerk your hands away which may cause injury or stun your bird.

Children on the other hand, will likely find a budgie bite more intolerable due to their lack of pain tolerance. This could result in the kid being traumatized of handling birds.

Why Causes a Parakeet to Bite

If you find yourself wondering why a parakeet has bitten you without warning, here are some things you should know.

Parakeets are not aggressive animals. They are usually docile and friendly. If you see a parakeet biting someone, it could mean that the person was being rough with the bird. The parakeet might also feel threatened when its owner handles him roughly. If the parakeet feels that there is no way to escape or they aren’t able to employ their flight instinct, they may resort to biting instead as a means of self-defense.

Parakeets are known to bite when they are stressed out. If you notice that your parakeet is acting strangely, it could be because it is scared or upset. This could cause an aggressive bite from your parakeet. You can try calming down your pet by talking softly to him.

Sometimes your parakeet may also need some space and may use a bite as a signal to let you know what it wants. For example, if you want to bring your parakeet out of its cage, but it doesn’t want to, it may bite you so that you to try to stop that from happening.

When feeding time comes around, many parakeets get restless and excited for their food. When they do so, they may accidentally grab at something else such as your fingers.

Inappropriate feeding habits may also be a factor which leads to a parakeet getting very hungry at times. In such cases, the parakeet may also end up biting your fingers. These painful bites are a sign that you should be looking at improving their feeding schedule.

Nibbling should not be confused as an aggressive bite. It could be that your parakeet is curious or even showing affection. Sometimes it could just even be bored or playful and wants to nibble on your fingers for fun. There’s nothing to worry about for these kinds of budgie bites.

Most of the time, parakeet bites are not dangerous at all, especially if they bite on your hands or fingers. As a bird owner, you are bound to get bird bites and nibbles from your feathered friends now and then.

A parakeet’s bite rarely draws blood. If the bite was a harder bite, really aggressive and held in place for a long time, you might probably get a bruise.

However if the bite does draws blood, then you have to observe the wound to make sure no infection develops. Use a topical antibiotic ointment if you have one around. If swelling, inflammation or signs of infection develops and does not go away, seek treatment from a medical professional. Having an up-to-date tetanus shot can also give you a better peace of mind.

What to Do When a Parakeet Bites You

It is important to try your best not to react to the bite. Do not shout, shriek or jerk your hands away. By reacting, you are essentially giving your parakeet the attention it wants from biting you. Scolding or punishing your parakeet also does not help because you might be creating more fear and distrust with your bird. All these encourages their biting habits.

Try to Identify The Cause of Their Biting

In order to find a pattern where your parakeet tends to bite, try to understand why they bite at the first place. Are you handling your parakeet in a rough manner? Are they trying to get your attention? Is it a true bite where they may be reacting from being startled or frightened? By understanding why they bite, you can prevent scenarios like that from happening again, thus discouraging their biting habits.

How to Stop Parakeet From Biting

If you still feel uneasy about the biting habits of your parakeet, there are ways to discourage it from doing this behavior. Try using positive reinforcement instead of negative punishment.

Positive reinforcement involves rewarding good behaviors while ignoring bad ones. Negative punishment means scolding or reprimanding your parakeet whenever it misbehaves. You can also teach your parakeet how to behave properly through training sessions.

A well trained parrot will rarely ever bite anyone unless provoked.

Train Them From Young

Obviously the younger they are, the easier they can be trained. A young parakeet has less experience than older birds when it comes to learning new things. Therefore, instilling good behaviour would be much simpler at a younger age.

Interact & Socialize With Them Often

Happier birds are less likely to bite out of aggression. By exposing your parakeet to socialization, they will be less inclined to form bad habits such as biting. You can also avoid any future problems caused by their aggressive nature from constantly interacting with them.

Keep Your Bird Away From Other Pets

Parakeets may become territorial towards other pets. This makes them prone to attacking others who come near their cage. Keep your parakeets separated from other animals especially dogs and cats. They could easily attack each other due to their natural instincts.

To stop a parakeet from biting, try feeding it from your hand so it will associate your hand with something positive instead of something to be scared of. When feeding, also make sure that you move slowly and talk softly around your bird to avoid scaring it.

Give Them Treats & Toys

Treats and toys are great for distracting your parakeet’s mind and providing them with mental stimulation. This way, it won’t have time to focus on its nipping habit. Also, give it treats and toys regularly to encourage it to learn better manners and reinforce positive behaviors.

Handle Them With Care & Gentleness

When handling your parakeet, always use care and gentleness. Do not grab it forcefully because it might end up getting injured. Instead, gently pick it up and handle it carefully. Always keep an eye on your pet’s safety.

By doing these actions with gentleness and care, your parakeet will come to appreciate it and develop a trust with you. And once they start trusting you, you will realize they will almost never bite.

Speak to Them in a Soft & Gentle Manner

If you want to get rid of your parakeet’s nip habit, speak to it in a soft voice. Avoid shouting at your parakeet since this is what causes it to react aggressively. Rather, speak calmly and patiently to your parakeet using words like “no” and “stop”.

Train Your Parakeet to Perch on Your Finger

Additionally, train your bird to perch on your finger by pushing lightly on its chest to coax it into putting its foot on your finger. Repeat the process at least once a day to build a bond with your bird and help put an end to its biting behavior.

Should I Punish My Parakeet If It Bites

Sometimes you may feel like if your parakeet does something really wrong like biting someone badly, you should punish it so that it learns its lesson. However, this should never be done, as most people do not know how to punish their parakeet properly. Punishment may cause your bird to fear and resent you, making it even harder to train them. Never hold a grudge against your bird. 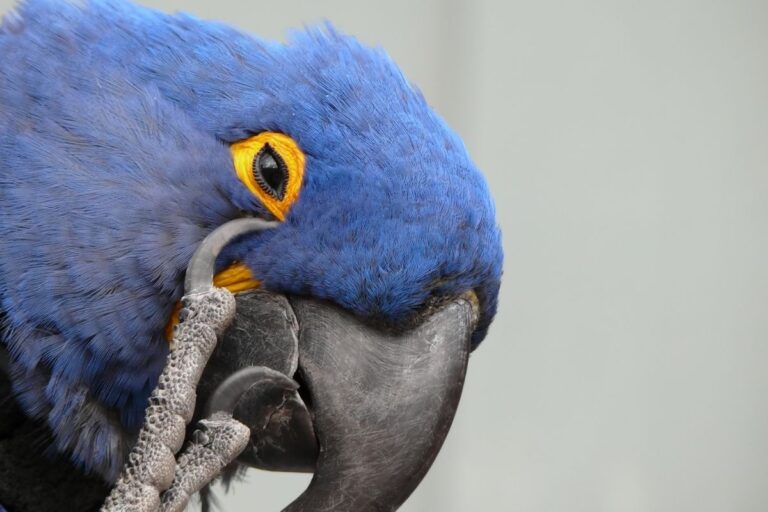 Birds are amazing creatures. They fly, eat bugs, sing songs, and even dance. But did you know that birds also get fleas? Fleas are tiny parasites that live on animals and humans. They bite and suck blood from their hosts. They can cause irritation and itching, and sometimes they can even lead to anemia. Today,… 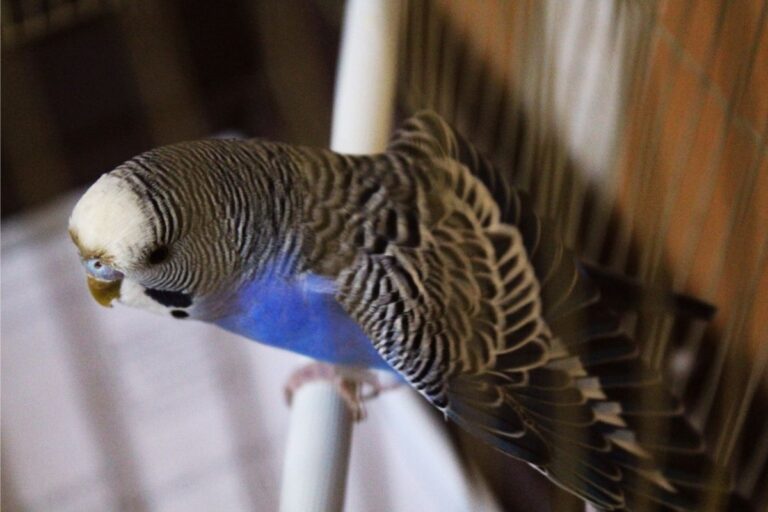 Parakeets are one of the many kinds of birds that have the natural ability to fly. If you want to prevent your parakeet from flying, then clipping its wings is a way to go. The main reason why we consider clipping a parakeet’s wings is that they cannot fly without them. This can help reduce… 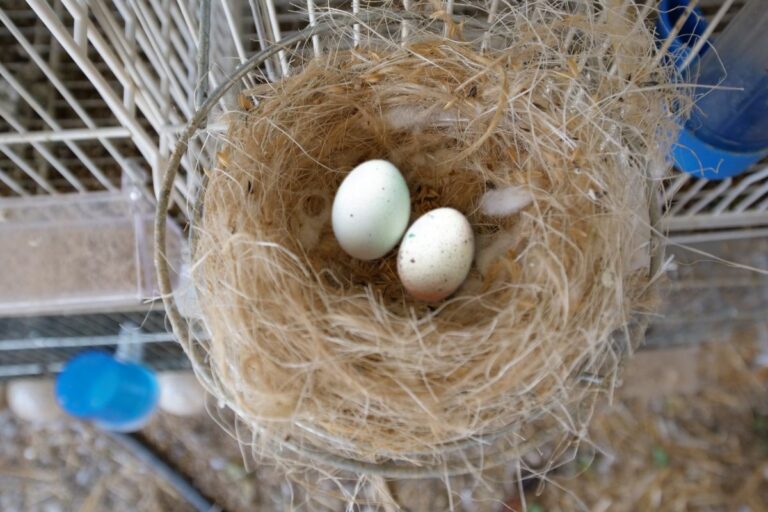 If you’re a first-time parent of a parakeet, you may be wondering what to do when your little one starts laying eggs. Here are some tips to help you through this exciting (and sometimes overwhelming) time! What Should I Do When My Parakeet Has Laid Eggs? If you have a female parakeet that has never… 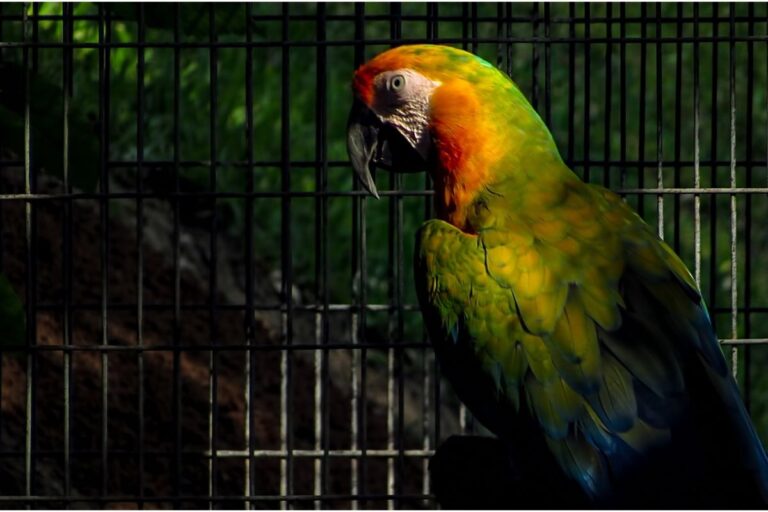 Cages are used to keep birds safe and comfortable while they are being transported. They also provide a place where the birds can rest and sleep. Most of us should know that a cage can be too small for a bird, causing stress and discomfort, leading to health problems and injuries. However, is there a… 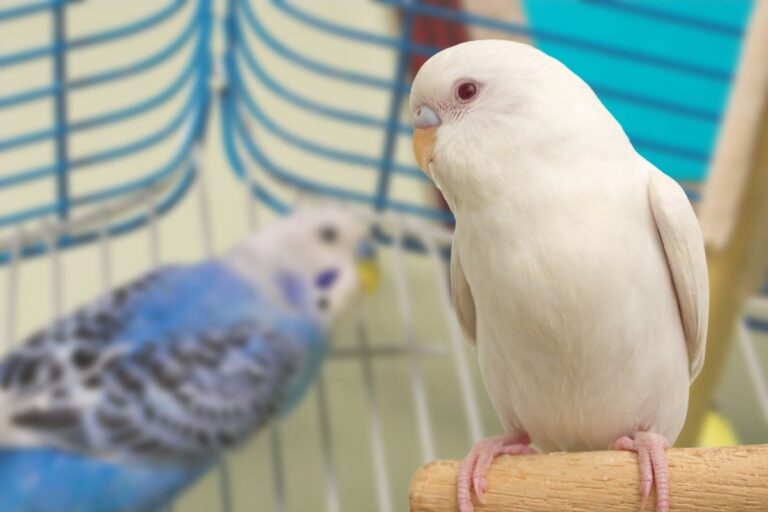 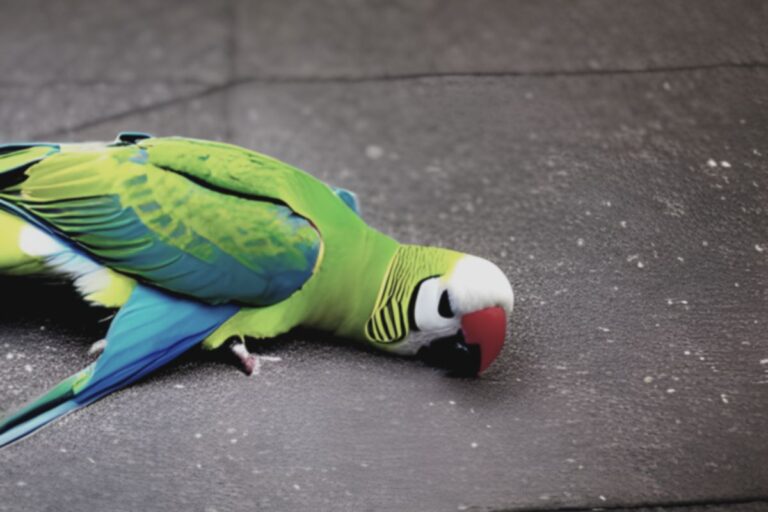 It can be heartbreaking and frustrating to lose a beloved pet suddenly, especially when it is seemingly healthy. One minute they’re there, and the next they’re gone. It’s always a shock, no matter how prepared you think you are. There are many potential causes of sudden death in parakeets, and it is important to try…